In this series of posts I am examining some of the responses that Christian thinkers have offered to the critiques of religion made by the so-called School of Suspicion–Marx, Nietzsche, and Freud. In prior posts we have looked at C.S. Lewis’s response to Freud and at Alvin Plantinga’s response to what he calls the “Freud & Marx Complaint.” Today we turn our attention to Friedrich Nietzsche.

Lent is a time in the Christian liturgical year when the faithful are called to reflect upon and to repent of their sins against God and their fellow man.  But one neither reflects upon nor repents of sins of which one is not conscious and it is in this area, says Merold Westphal of Fordham University, that Marx, Nietzsche and Freud can be of service to Christians.  In his incredible book Suspicion & Faith: The Religious Uses of Modern Atheism (Fordham Universtiy Press, 1998)  Westphal makes a bold case for Christians including atheists in their Lenten devotional reading.

While the school of suspicion may seem like unlikely candidates for aids in the Christian life, Westphal compellingly argues that “[what] Marx, Nietzsche and Freud can help us see, if we let them, is that the distinction between the flesh and the Spirit does not coincide with the distinction between the secular and the sacred for the simple reason that religion, too, can be a work of the flesh.”[1]  There are certain gods that ought to be revolted against: say, for instance, the racist, sanctimonious, self-justifying, self-serving version of Christianity of the slave-owning Antebellum American South, or the viciously anti-Semitic Lutheranism of Nazi Germany, or possibly the perilously commercialized Evangelicalism of modern America.

Westphal’s thesis is not that these atheists are entirely correct and that Christianity is false (Westphal is a Christian himself), but rather the “scarcely less disturbing” claim “that there is an atheism which is closer to the truth than a certain kind of religion, not the religion of ‘somebody else,’ but quite possibly our own.”[2]  He writes:

Behind what professes to be love of God and neighbor [Marx, Nietzsche and Freud] regularly find love of self, disguised beyond recognition, at least to those who perpetrate this pious fraud.  To see our three atheists as critics of instrumental religion could be to make them instruments for self-examination and sanctification.  Reading them at any time of the year could lead to godly sorrow and the repentance ‘that leads to salvation and brings no regret.’[3]

Westphal’s strategy for appropriating the school of suspicion as Lenten reading is to show that, insofar as they are on the mark, their critiques have striking parallels in the teaching of the Bible: Freud finds a precursor in the prophet Samuel, some of Marx’s criticisms are anticipated by Amos, and, perhaps most ironically, Jesus of Nazareth himself is, in some ways, a forerunner of Friedrich Nietzsche.  “The prophets of ancient Israel,” he writes, “were perhaps the first ‘masters of suspicion.’”[4]  Thus, Westphal argues that Christians may need to learn when not to refute atheists, lest they run afoul of their own God and the critiques of His spokesmen.  To see how this might work, let’s look at Westphal’s analysis of the alleged parallel between Nietzsche’s suspicion of the religious and Jesus’ polemic against the Pharisees.

Westphal outlines Nietzsche’s hermeneutics of suspicion thus: “Nietzsche’s suspicion focuses on the discrepancy between the religious affirmation of altruism and the will to power he detects at its origin.  He does not so much adopt an ironical attitude toward morality as suggest that the prevailing (professed and preached, not necessarily practiced) morality of the West is itself ironical, a hypocrisy that can put up with itself only with the help of self-deception.”[5]  Nietzsche thought it to be the philosopher’s “duty to squint maliciously out of every abyss of suspicion”[6] and one of the main targets of his malicious squinting was what he called “slave morality.”

The backdrop of Nietzsche’s critique of slave morality is the simple, but obvious fact “that the act of adopting moral values need not itself be moral by the criteria those values themselves represent.”[7]  His basic questions are: why do we accept the values that we do? What is their function and purpose for us?  What is the value of these values?  These can be disturbing questions when squinted at maliciously.  Nietzsche suggests:

For all the value that the true, the truthful, the selfless may deserve, it would still be possible that a higher and more fundamental value for life might have to be ascribed to deception, selfishness, and lust.  It might even be possible that what constitutes the value of these good and revered things is precisely that they are insidiously related, tied to, and involved with these wicked, seemingly opposite things—maybe even one with them in essence.  Maybe![8]

In the case of “slave morality,” says Nietzsche, this is precisely what has happened.  Slave morality is what results when “the violated, oppressed, suffering, unfree, who are uncertain of themselves and weary, moralize….”[9] Those who adhere to slave morality do so only because they cannot fully adhere to master morality.  They are not in a position to.  Master morality is that of the powerful, the noble, courageous, and the intelligent.  It values all of the exalted states of human flourishing and despises those who fail to attain those states.[10]  For master morality “the opposition of ‘good’ and ‘bad’ means approximately the same as “noble” and “contemptible.”[11]  Those who hold to a slave morality are those whom the strong deem contemptible.  They have not the resources to appropriate the qualities valued by master morality, so they, in essence, create new moral distinctions in order to exalt themselves in their lowliness.  These new moral evaluations dub the weak, the low, and the base as “good” and the strong-willed and powerful as “evil.”  “According to slave morality,” writes Nietzsche, “those who are ‘evil’ thus inspire fear; according to master morality it is precisely those who are ‘good’ that inspire, and wish to inspire, fear, while the ‘bad’ are felt to be contemptible.”[12]  It should be noticed that slave morality depends upon the existence of the strong in order to define itself, whereas those who hold to master morality only notice slave moralists in order to step over (or on) them.  Slave morality does not depend upon actually being holy, only holier than thou.

Westphal does not by any means intend to baptize Nietzsche’s master morality or to construe Jesus as an übermensch.  But he does see Nietzsche and his analysis of slave morality as being very adept at laying bare instances of what Westphal calls “the Fonda Fallacy.”  The fallacy is named after Jane Fonda who, like many antiwar liberals of the ‘60s and ‘70s, “thought that if one side was evil, the other side must be good.”[13]  “Seeing the manifest evils of the American and South Vietnamese governments, they ended up canonizing Ho Chi Minh.”[14]  Nietzsche helps to expose slave morality for what it is, a fallacy, and can help Christians to remember that “[masters] may be wicked sinners, but that does not make their slaves into saints”[15] and that indeed “all have sinned and fallen short of the glory of God” (Romans 3:23).

In this aspect Westphal sees a parallel between Jesus’ interactions with the Pharisees.  One example he points to is the story of the woman taken in adultery (John 7:53-8:11).  The Pharisees present Jesus with a woman that they say has been “caught in the act of adultery,” and remind Him that the Law of Moses commands that such women be stoned.[16]  They ask Him what he thinks they ought to do with her.  “This they said to test Him, that they might have some charge to bring against Him.”  The Pharisees clearly have no interest in keeping the Law by bringing charges against this woman.  They mean for Jesus to either deny the Law and ruin His credibility amongst the Jews, or affirm the Law and thus become guilty of treason according to Roman law.[17]  But Jesus responds by challenging the Pharisees’ distinction between “the righteous” and “sinners” by saying, “Let him who is without sin among you be the first to throw a stone at her.”  Westphal points out that the Law of Moses also demands that both parties in the case of adultery were to be stoned (Lev. 20:10; Deut. 22:22-24).  So why, then, if the woman was indeed “caught in the act” as the Pharisees claimed, did they not also bring her partner to be stoned?  “Because,” suggests Westphal, “they were not so much interested in upholding the law of Moses as they were in exposing the woman as a sinner and in embarrassing the upstart rabbi who challenged their favorite sport, distinguishing the sinners from the righteous.”[18]  Such examples of Jesus squinting (not maliciously, perhaps indignantly? Or even redemptively?) at the morality of the Pharisees shows, Westphal thinks, that the best sort of suspicion can come from above as well as from below. 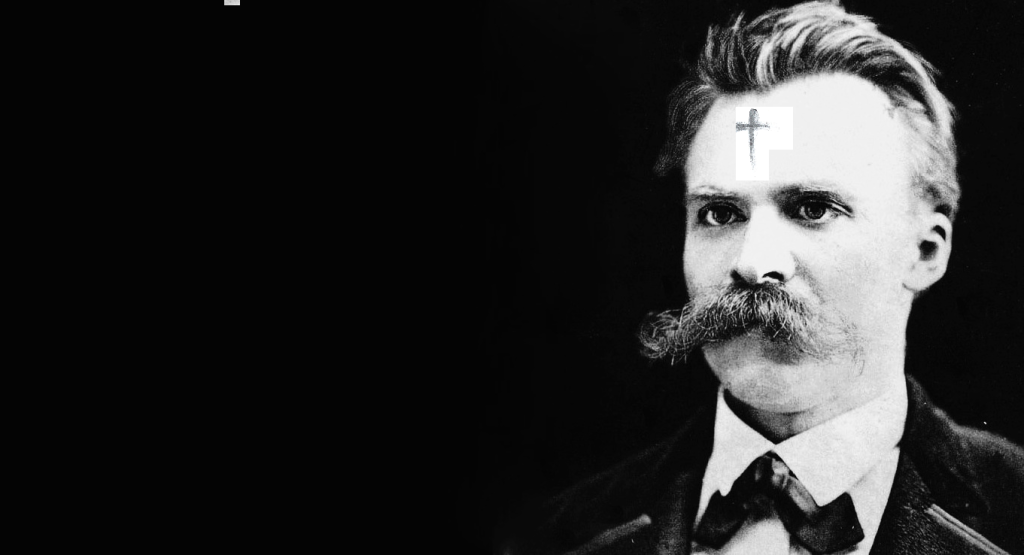 On Wednesday I will wrap up with some concluding thoughts. Cheers!

[17] It was illegal for anyone but the Roman government to carry out executions in those days.  Had Jesus instigated the girl’s stoning, he would have faced execution by the Romans for treason (which may have been the Pharisees’ aim all along).

One thought on “Christianity & Suspicion: Merold Westphal on Reading Nietzsche for Lent”