Basically my questions are: Does God exist? and Is the Bible true?

Those were the questions put to me the other week by a medical student, a longtime Christian, who is wrestling with doubt right now. Over coffee I had asked him if he could articulate his doubts as specific questions or if he was just being nagged by a vague sense that Christianity doesn’t connect with his experience right now. He had two big questions–very big questions–certainly big enough to keep us talking for a while. But the questions are specific enough for us to get started. But he followed his two tough questions with an even tougher question:

Why do you believe, David?

As I’ve mentioned in earlier posts, over the last few months I have also been meeting with an atheist friend, a bright young woman who has been pressing me with more or less the same question. Today I want to see if I can begin laying the groundwork for my answer.

“I believe in order to understand” ~Saint Augustine

As to why I am a Christian, in the words of St. Augustine, “I believe in order to understand.” Credo ut intelligam, is the Latin phrase. I believe in Christianity because it makes sense to me and because it helps me to make sense of my world–my experiences, my feelings, my moral intuitions, what I know of science and history and so on. C.S. Lewis said it better than I ever could: “I believe in Christianity as I believe that the Sun has risen, not only because I see it, but because by it I see everything else.” (“Is Theology Poetry?,” in The Weight of Glory).

Of course, putting things this way seems backwards to modern people. We tend to think that in order to be rational, we have to build our worldview from the ground up, from intellectual and evidential scratch, proving every inference and confirming every datum so as to eliminate any and all doubt. Among philosophers this way of thinking about rationality is called Classical Foundationalism, and since the days of Descartes it has profoundly shaped the intellectual landscape of the West. I will return to the subject of Foundationalism and its weaknesses in future posts, but suffice it to say that none of us actually thinks this way. Not even the most sophisticated and intellectually rigorous among us believe what they believe because they have built their worldview from the ground up. By and large, we inherit a worldview and then adjust it along the way.

The fact is that St. Augustine’s motto–“I believe in order to understand”–applies not only to religious belief, but to all of our complex beliefs. Indeed, as the great chemist turned philosopher Michael Polanyi has argued, it applies to our scientific beliefs as well. I believe in atoms in order to understand Brownian motion. I believe in Big Bang Theory in order to understand the red-shift of the stars. I also believe in Just War Theory to make sense of my ethical intuitions and the demands of my conscience. I believe in, say, 9/11 in order to make sense of myriad pieces of evidence–first-hand accounts, my own memories, the memorial downtown, our current political realities, and so on. Conversely, I do not believe in a geocentric universe because, given what little I know of astronomy, I think so believing would make the motions of the heavenly bodies incomprehensible to me (or, at any rate, less comprehensible than modern cosmologies do). And, finally, I do not believe in Moral Relativism, Materialism, Pantheism, Neo-Paganism, Young Earth Creationism, Marxism, laissez-faire Capitalism, Ayn Rand’s Objectivism, unicorns, faeries, or Nihilism for essentially the same reason: I don’t think these proposals help me to make sense of the world.

And this brings us to a very important, though admittedly very elementary point: We usually doubt things because we believe other things. What I mean is this: If I say that “I believe P” and you say that you doubt P, in order for you to raise doubts for me about P you will have to offer me some reasons for doubting P. You must be able to say, “I doubt P because I believe that x, y and z, and I believe that x, y, and z are incompatible with P.” Your doubt rests upon your beliefs, namely, your belief in x, y and z, and your belief in the inconsistency of P with x, y, and z.

So, for instance, you may say to me, “David, I doubt God exists because I believe the world is too cruel for there to be a loving Creator behind it all.” Your doubt, in this case, will rest upon a belief in the reality of evil and the incompatibility of real evil with God’s existence. Or perhaps you might say, “David, I doubt Christianity because the evidence for Evolution is just too compelling.” In this case, your doubt rests on the beliefs that a) the evidence for Evolutionary theory is very compelling (just as an aside, I generally agree) and that b) Evolutionary theory is somehow incompatible with classical Christianity (as another aside, here I demur). My doubts about your claim to have seen me at the gym at 7:00 AM rest upon my firm belief that I never make it to the gym by 7:00 AM.

Reasonable doubt needs reasons. Unbelief plain-and-simple is too simple. Unbelief about one thing always depends upon firm belief in something else. In short, unbelief nearly always rests upon faith, whether faith in a clearly articulated, coherent worldview or an uncritical, tacitly held faith in things like “Progress” or democracy or technology or the unassailable right to total, unfettered self-definition.

It is for this reason that I have begun pressing my atheist friend to go beyond asserting her Atheism (i.e., her disbelief in God) in order to offer a positive statement as to what she does believe in. What’s your alternative? Materialism? Idealism? Confucianism? Zen Buddhism? What? How do you begin making sense of the world? What do you believe in order to try to understand the world?

Again, unbelief plain-and-simple is too simple. We all live by a sort of creed. That creed may be tacit or explicit, consciously affirmed or subconsciously assumed, coherent or incoherent, but, in any case, it is there. (On this point James Sire is very helpful.) As I said, for a long time I have declared ex animo that “I believe in God the Father Almighty…in Jesus Christ, His only Son, our Lord…[and] in the Holy Spirit….” That’s my creed. But my secular friends are not secular because they have no creed. They just have a different creed. The English journalist and poet Steve Turner summed up the modern secular creed as follows: 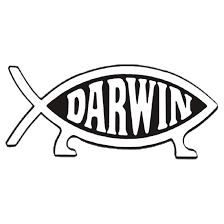 We believe in sex before, during, and after marriage.
…
We believe that taboos are taboo.
…

We believe that all religions are basically the same–
…

We believe that after death comes the Nothing

Because when you ask the dead what happens they say nothing.
If death is not the end, if the dead have lied,
then it’s compulsory heaven for all
excepting perhaps Hitler, Stalin, and Genghis Khan.

We believe in Masters and Johnson.
What’s selected is average.
What’s average is normal.
What’s normal is good.
…
We believe that man is essentially good.

We believe in the rejection of creeds,
and the flowering of individual thought.

In my next post I will take up my med student friend’s initial two questions more directly….

One thought on “Credo ut Intelligam: Why Understanding Requires Believing”