Today I continue my shameless re-posting of my old blogs about the gospel. Let me know what you think!

In my last full post I suggested that when the New Testament writers talked about “the gospel” they referred not so much to the Protestant doctrine of justification sola fide–the proposition that if we will stop trying to win God’s favor and only just believe that God has exchanged our sin for Christ’s perfect righteousness, then in God’s eyes we will have the perfect righteousness required both for salvation and for assuaging our guilty consciences–but rather they referred to the simple but explosive proposition Kyrios Christos, “Christ is Lord.”  Saying this runs counter to a lot of what is being said about what “the gospel” is on the interwebs (as a quick Google search will show) and runs counter to a lot of evangelical “gospel” presentations, most of which are basically dumbed-down presentations of the doctrine of justification sola fide (e.g., “The Four Spiritual Laws,” “The Bridge Diagram,” “The Romans Road,” etc.).

The first reason I offered for thinking that “the gospel” of the New Testament is the proclamation of Christ’s kingship was that first century, Greco-Roman people typically used euangelion/euangelizomai language to refer to announcements of a regime’s coming to power, announcement that a new king had taken charge.  Long-story short, we should expect the NT writers to be using their words in much the same way that their contemporaries were unless there is strong evidence that they weren’t.  This week I want to offer up another line of evidence, namely, what the Gospels say about “the gospel.”

2.  “The gospel” in the Gospels is “the gospel of the Kingdom,” not the doctrine of justification sola fide. 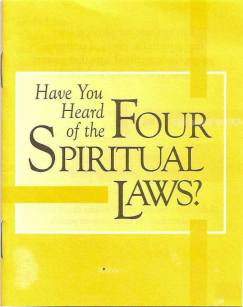 In trying to sort out what the Gospels took “the gospel” to be, it is natural to take the Gospel of Mark as our starting point, not only because it is the earliest of the canonical Gospels, but also because Mark uses the word to euangelion more than any of the other Gospels (Mark has 8 occurrences, Matthew 4, Luke only 2, and John has none).  The first explicit reference to “the gospel” within the narrative of a Gospel thus comes in Mark 1:14-15:

Now after John was arrested, Jesus came into Galilee, proclaiming the gospel of God (to euangelion tou theou), and saying, “The time is fulfilled, and the kingdom of God (he basileia tou theou) is at hand; repent and believe in the gospel (pisteuete en to euangelio).”

These verses mark the beginning of Jesus’s preaching ministry in Mark’s Gospel and as in the biblical and extra-biblical Greco-Roman literature surveyed in my last post, here the association of “the gospel” with the advent of a new regime, the kingdom of God, is again loud and clear.  “The gospel of God” here appears to be shorthand for the announcement  that the time of God’s rule had come.

If Mark’s association of :”the gospel” with the kingdom was loud and clear, Matthew’s is that much louder and that much clearer.  Although to euangelion occurs in Matthew’s Gospel only four times (half as many times as in Mark), three of those four occurrences are the simple genitive construction, “the gospel of the kingdom” (to euangelion tes basileias; Matt 4:23; 9:35; 24:14).  And the fourth?  The fourth occurrence is in the scene of Jesus’ being unexpectedly anointed while supping in Bethany:

6 Now when Jesus was at Bethany in the house of Simon the leper, 7 a woman came up to him with an alabaster flask of very expensive ointment, and she poured it on his head as he reclined at table.  8 And when the disciples saw it, they were indignant, saying, “Why this waste?  9 For this could have been sold for a large sum and given to the poor.”  10 But Jesus, aware of this, said to them, “Why do you trouble the woman? For she has done a beautiful thing to me.  11 For you always have the poor with you, but you will not always have me.  12 In pouring this ointment on my body, she has done it to prepare me for burial.  13 Truly, I say to you, wherever this gospel (to euangelion touto) is proclaimed in the whole world, what she has done will also be told in memory of her.”  (Matt 26:6-13)

The scene is lifted almost verbatim from Mark (Matthew has trimmed it down a bit, as was his custom) and is rather transparently an ironic coronation scene, patterned on the royal anointings of Saul, David, Solomon, etc. (see, e.g., 1 Sam 10:1; 16:1-13; 2 Sam 2:7; 5:1-4; 1 Kings 1:34, 35, etc.)  Of course, this scene has a twist in that Jesus’ being anointed as king (“Messiah,” of course, just means “anointed one”)  is simultaneously and surprisingly his being anointed for burial, a preparation for his death.  Nevertheless, it is precisely because the scene is a parody of an Israelite coronation that the language of euangelion fits in verse 13.  Thus the kingdom/gospel link is here in force as well.  We will have more to say about this passage anon, but first we must look at Luke. 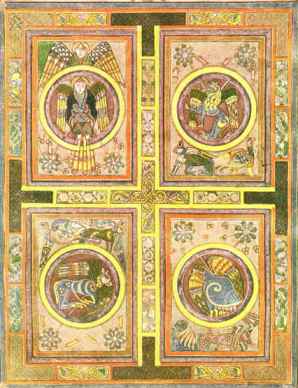 Luke has only two occurrences of to euangelion, 9:6 and 20:1, neither of which provides much context for determining the contents of “the gospel” being proclaimed.  However, as I have already argued, unless there is strong evidence to the contrary (and here there clearly isn’t) we should assume that Luke’s usage of the word euangelion here matches that of his contemporaries.  Thus, the natural thing to do is to take “the gospel” in these texts as a short-hand reference the announcement of the kingdom of God which has made up the substance of Jesus’ message throughout Luke’s Gospel.  There’s just no good reason to take it as anything else here.

Here I must pause to point out how euangelion is not used in the Gospels, namely, as a reference to anything like the doctrine of justification sola fide.  The passages that proponents of the sola fide = euangelion equation typically adduce as instances of “the gospel” (qua justification sola fide) within the Gospels are notable for the total absence of euangelion language anywhere in their vicinity.  The parable of the Pharisee and the Tax Collector in Luke 18:9-14 is a key example: it comes as second in a series of miscellaneous anecdotes and parables on disparate topics, euangelion is used nowhere in the passage, the parable plays no major structural or thematic role in the Gospel–so why is it often cited as “the clearest illustration of the gospel in the Gospels”?  The passage nicely illustrates Luther’s understanding of Paul’s doctrine of justification, but there just is no warrant for identifying this passage as Luke’s central summary of “the gospel.”

Similarly, Jesus’ words in Mark 10:45 are sometimes cited, “For even the Son of Man came not to be served but to serve, and to give his life as a ransom for many.”  That’s a nice bit of atonement theology (see Brant Pitre’s Jesus, the Tribulation, and the End of the Exile for a great discussion of this logion), but here again the language of euangelion is absent from the passage.

Of course, the context of Mark 10 is Jesus’ addressing James’ and John’s request for elevated positions by turning their understanding of rule and honor and power–not least the rule of Jesus himself–on its head: “Whoever would be great among you must be your servant, and whoever would be first among you must be slave of all.  For even the Son of Man came not to be served but to serve, and to give his life as a ransom for many.”  And here we begin to see how this passage does shed light on the gospel, at least if the gospel is God’s rule made manifest in the Messianic rule of Jesus: that rule is coming about not through Jesus wielding the sword against Israel’s enemies, but through Jesus’ dying on Israel’s behalf.  No wonder Jesus’ royal anointing in Bethany is simultaneously his preparation for burial.  God’s kingdom, made manifest in the messianic reign of Jesus, comes by way of Jesus’ death on the cross.  This is a kingdom like none you’ve ever seen.

And if I’m right, if the NT gospel is the announcement of God’s ruling the world through Jesus Christ, then all Christians–Catholics, Protestants, and Orthodox alike–believe in the NT gospel.

6 thoughts on “The Gospel According to the Gospels, Part 1”